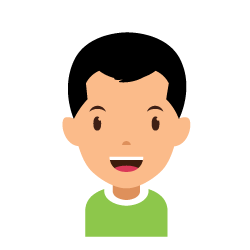 Hello, my name is Paulie and this is my automotive blog. Let me first explain that I am not a professional mechanic. However, I do love cars and I have spent many hours tinkering with the different autos I own. The first car I purchased was an old sedan. It was OK for a while but soon I wanted more. I saved up some money and bought something a little faster. I replaced the engine and used to enter informal races. I recently retired so I decided to by a mobile caravan so I could explore Australia with my wife. I hope you enjoy my blog.

Fewer things are more frustrating than a car that won't start, especially when you're running late. If you own an older model car, there are a few things that are usually to blame for poor starting. Some of these problems you can fix, but others you'll need to refer to a qualified auto mechanic. Here's a quick troubleshooting guide to refer to next time your old motor won't start.

Engine turns over very slowly, lights are dim or don't work at all

This problem is usually due to a problem with the battery or its connections. If the battery is old or showing signs of leaking (white crystallisation around the terminals), you'll need to replace it. If this doesn't cure the problem, ask a mechanic to check the car over.

Nothing happens when you turn the key, the lights and wipers don't work

If everything seems completely lifeless when you turn the ignition key, the battery is dead or the connections are faulty. Clean all the battery terminal connectors and the earth lead that connects the battery to the car body. If this is unsuccessful, refer the problem to your mechanic.

There's a loud clicking sound when you turn the key but the engine doesn't fire, lights and wipers work.

This problem is usually down to a stuck starter motor or a faulty ignition switch. This is easily remedied in manual cars by rocking the vehicle gently while in gear and with the handbrake off. If you have an automatic, you'll need to call your mechanic for assistance.

The engine turns strongly over but then doesn't fire

As long as the car has fuel, this problem is often caused by moisture in the ignition system. Disconnect each of the spark plug leads and wipe them down with a dry cloth. Wipe the spark plugs too, and then reconnect the leads. Wipe away any moisture from the top of the ignition coil. Take off the distributor cap by removing the clips and wipe around the inside and outside of the cap. Give the whole ignition system a generous spray with WD40 or something similar.

The engine turns over strongly but won't fire, there's a strong smell of petrol.

This often happens if the engine has been flooded with petrol after several attempts at starting the car. Wait for 10 minutes to allow the excess petrol to evaporate. Depress the accelerator to the floor but don't pump it, as this will flood the carburettor again. The car should now start when you turn the ignition key.

If you still have problems getting your old car started, it's time to call a good mechanic as there may be a more serious issue with your motor.